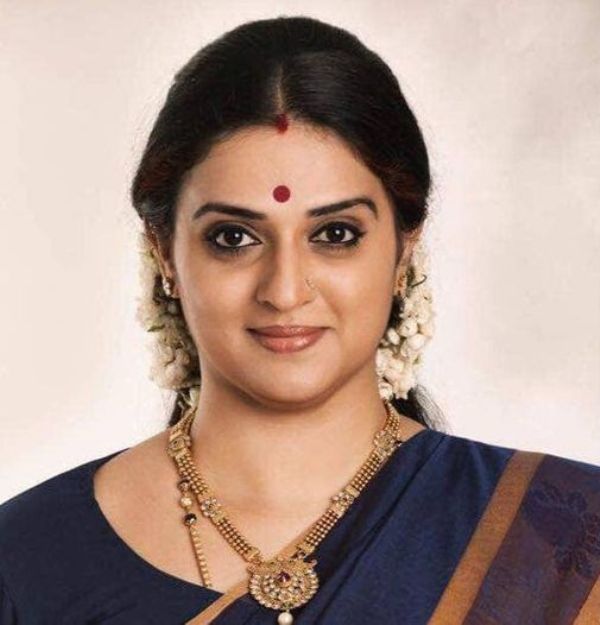 Pavitra Lokesh is an Indian actress who primarily appears in supporting roles in Telugu and Kannada films and television shows. In December 2022, she came into the limelight after Naresh Babu, an Indian actor, announced his fourth marriage to her on his Twitter handle.

Pavithra Lokesh or Pavithralokesh Mysore Lokesh was born on Tuesday, 20 February 1979 (age 44 years; as of 2023) in Mysore, Karnataka, India. Her zodiac sign is Pisces. Pavitra completed her schooling at Nirmala Convent High School in Mysore. In 1993, she enrolled herself at the S.B.R.R Mahajana Pre-University College in Mysore, where she earned a Bachelor of Commerce . She pursued a Master of Arts degree in Kannada and English. As per some media sources, Pavitra holds a double post-graduate degree. 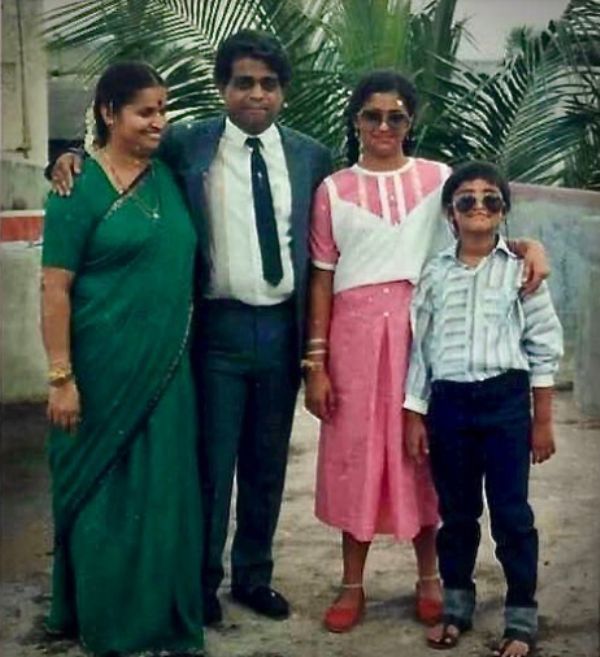 Childhood picture of Pavitra Lokesh with her mother, father (second from left), and younger brother

Pavitra’s father, Mysore Lokesh, was an Indian actor who primarily worked in Kannada films. He passed away on 14 October 1994, at the age of 47. Her mother worked as a teacher in a school in Mysore. 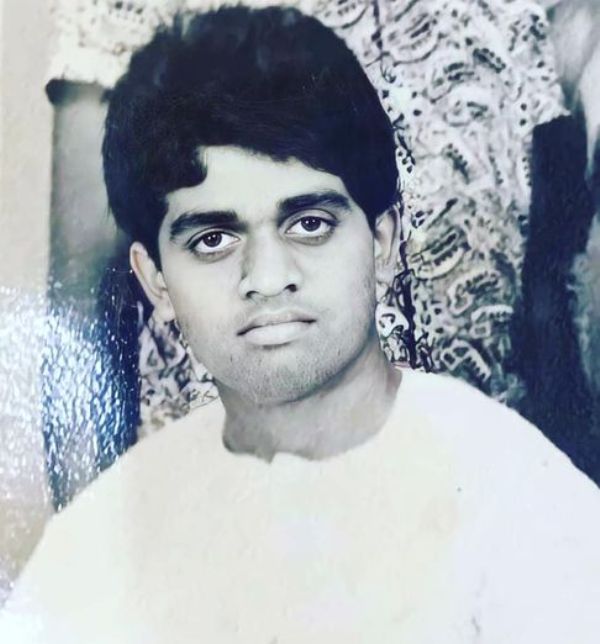 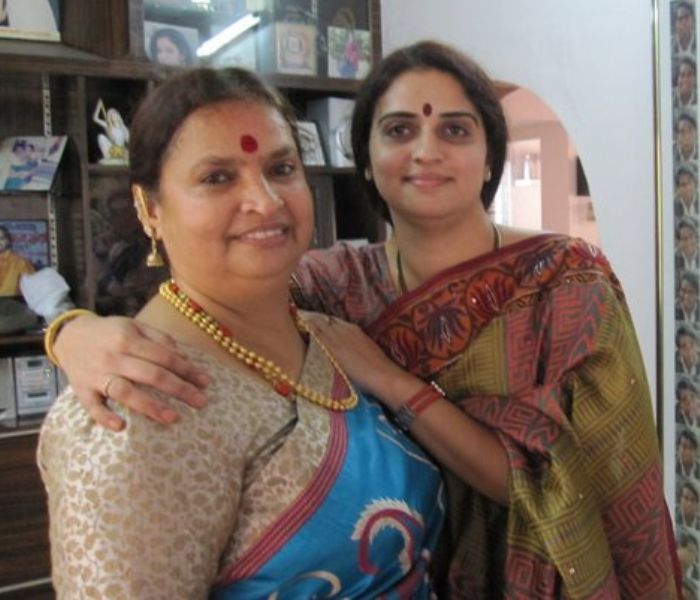 Pavitra Lokesh (right) with her mother

She has a younger brother, Aadhi Lokesh, an actor who primarily appears in Kannada films. 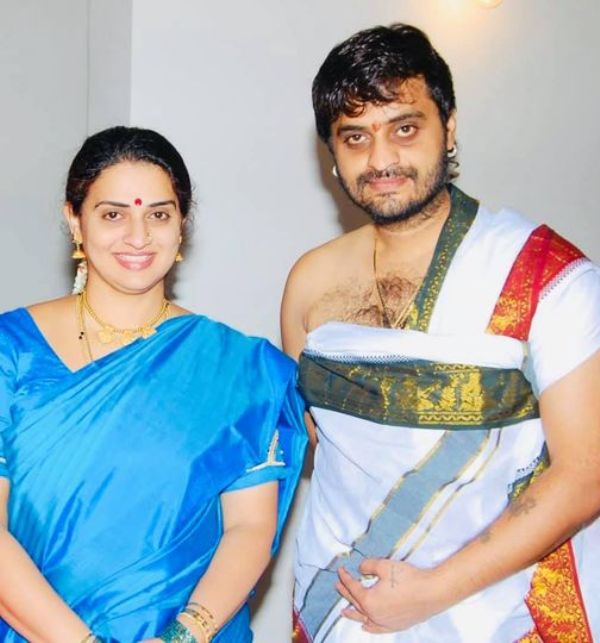 Pavitra Lokesh is married twice. On 20 August 2004, she got married to her first husband, a software engineer, in Hyderabad. After divorcing her first husband, in 2007, Pavitra got married to Suchendra Prasad, an Indian theatre, film, and television actor, in Dharmasthala, Karnataka , but some media sources claim that Pavitra was in a live-in relationship with Suchendra since 2007. However, the couple parted ways and got separated in 2018. Together, the couple had two sons, Vistrutha, who was born on 1 March 2012 and another, who was born in June 2016. 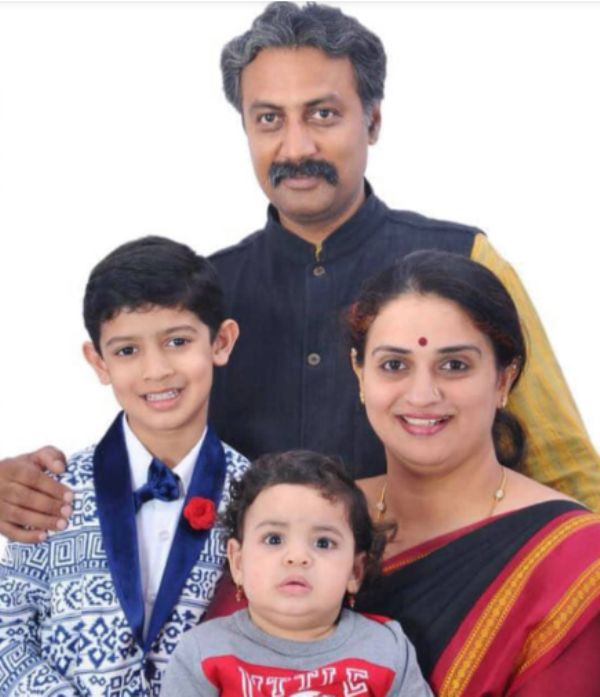 Pavitra Lokesh with her husband Suchendra Prasad and children

Pavitra Lokesh is in a relationship with Naresh Babu, an Indian actor and stepbrother of Mahesh Babu. Both met on the sets of the Telugu film Happy Wedding in 2018, but their bond developed during the shoot of the Telugu film Sammohanam. 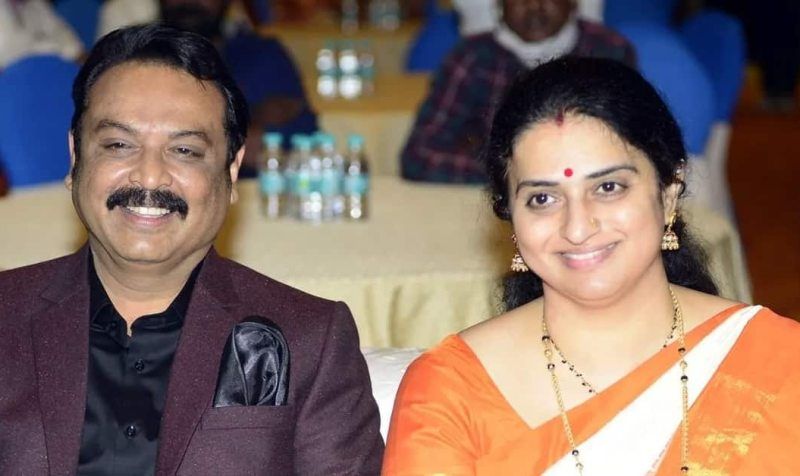 On 31 December 2022, Naresh took to Twitter and announced his fourth marriage to Pavitra.

From us to all of you #HappyNewYear ❤️ 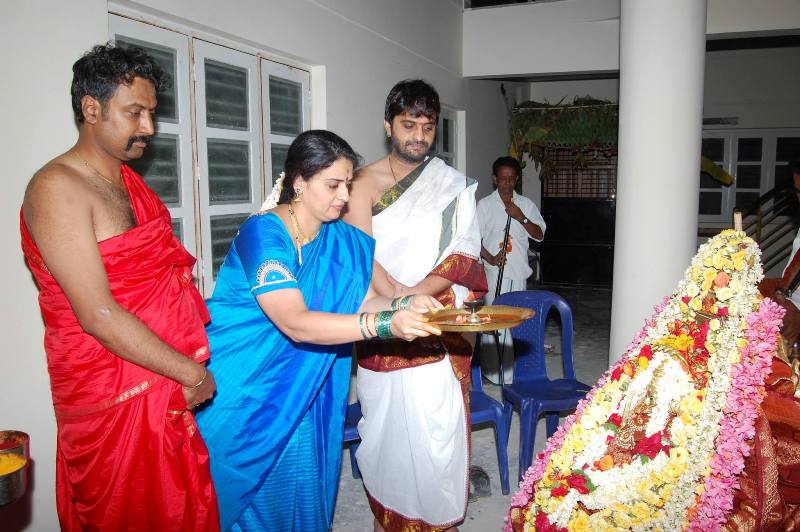 In 1995, at the age of sixteen, Pavitra made her acting debut with the Kannada film Mister Abhishek. 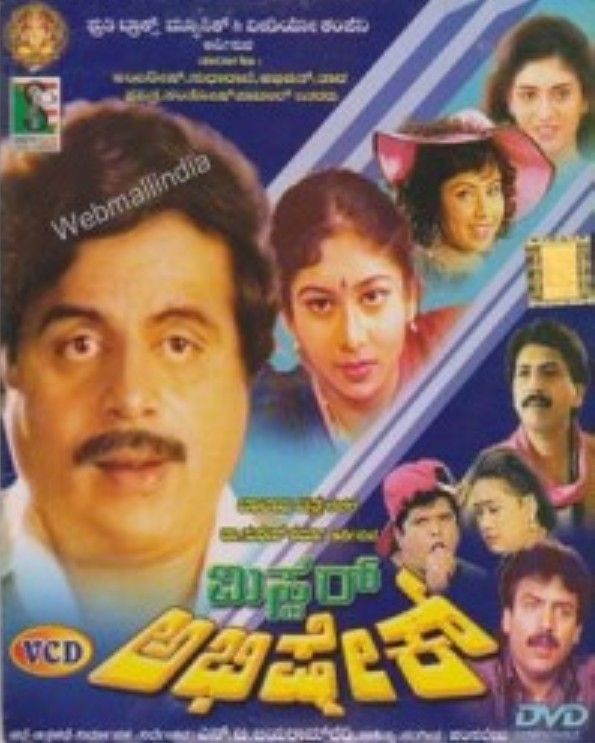 In 1997, she played the role of Mohini, an antagonist in the Kannada film Ulta Palta. In 2003, Pavitra made her Telugu debut with the film Dongodu. 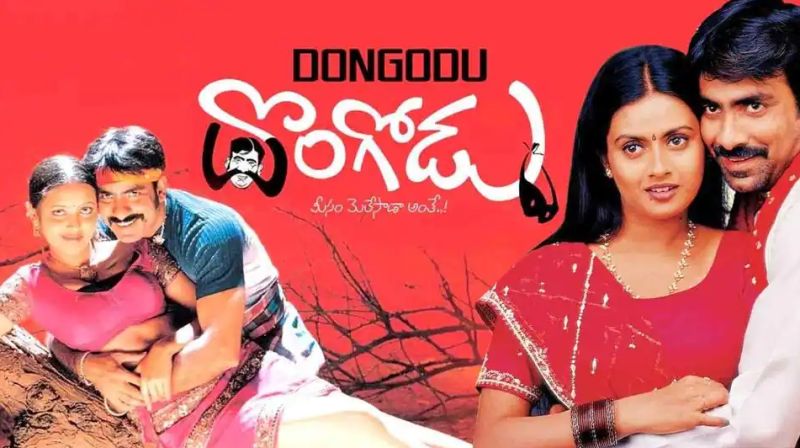 In 2006, she shot to fame with the Kannada film Naayi Neralu in which she played the role of Venkatalakshmi. In 2013, Pavitra made her Tamil debut with the film Gouravam. 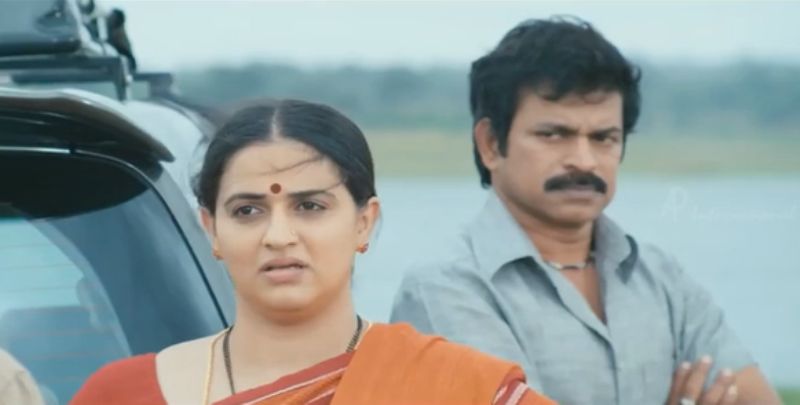 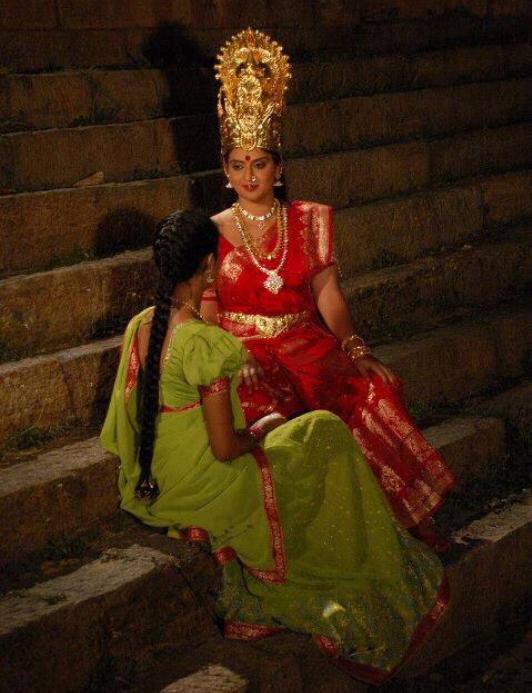 In 2013, she appeared in the Tamil television show Mahabharatham in which she played the role of Devaki on Sun TV. In 2019, Pavitra appeared as Meenakshamma in the Kannada television show Aramane Gili on Star Suvarna.

In 2021, Pavitra made her digital debut with the Telugu web series 11th Hour in which she played the role of Gayatri Reddy on Aha, starring Tamannaah Bhatia. 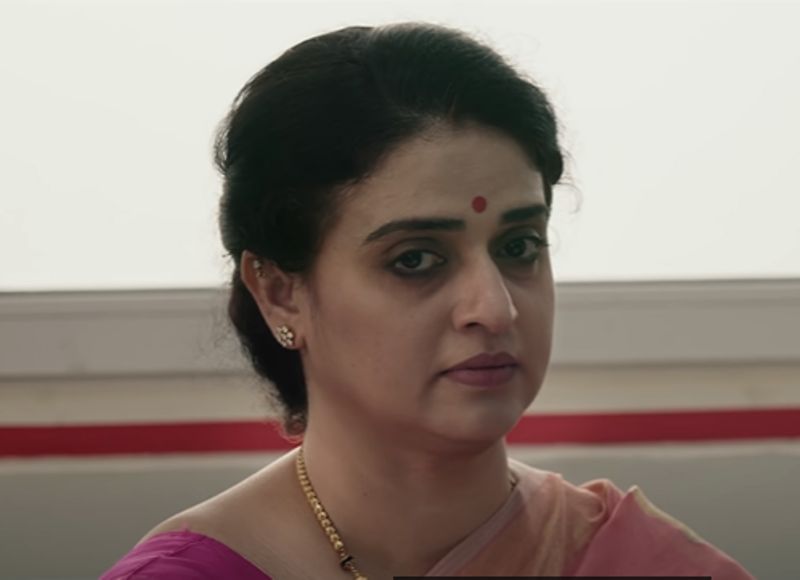 Pavitra Lokesh has appeared in the commercial for brands Sri Kumaran Gold and Diamonds and Gayatri Milk.

In July 2022, Pavitra, and his rumoured boyfriend, Naresh was assaulted by his ex-wife Ramya Raghupathi, after she found them together at a hotel in Mysore. While Naresh and Pavitra were exiting the hotel, Ramya abused them and tried to attack them with her slippers following which Pavitra and Naresh were provided with police protection to safely exit the hotel. Naresh, while addressing the media reporters, revealed that after he sent a divorce notice to her, Ramya, along with her rumoured boyfriend, Rakesh Reddy was trying to defame and blackmail him. According to some media sources, Pavitra filed a complaint against Ramya for allegedly stalking and harassing her in public at the Mysore police station. In an interview, Pavitra talked about the harassment and offence she faced after Ramya’s alleged behaviour outside the hotel and said,

I am not new to Telugu people or the industry. I needn’t explain my relationship with Naresh. To defame me out of her interests is something very upsetting. I felt like why this is happening to me. She is making me the victim and this is not correct. She should settle scores within the family.”

Additionally, Ramya, while addressing the reporters, revealed her husband’s affair with Pavitra and said,

They claimed that they are best friends but stayed together in a single room all night. I am here raising concern over my son’s future and protecting his interests. I come from a proper Hindu family and I don’t like to get separated from my husband.”

In July 2022, Pavitra lodged a complaint with the Cyber Crime, Economic Offences, and Narcotics (CEN) Police Station against a few media house representatives for stalking her at V.V. Puram police station in Mysore, Karnataka. ((Star of Mysore In her complaint, she alleged that someone created fake Facebook accounts under her name in which several offensive and defamatory content was posted and false rumours were spread, which harassed her mentally and affected her sanity.

In 2005, Pavitra won the Best Actress Award at the Karnataka State Film Awards for the Kannada film Naayi Neralu.