Our Duke and Duchess were part of the procession walking behind the Queen’s coffin. Meghan arrived with Sophie, while Harry and other male members of the family arrived at Westminster Hall to witness The Queen’s coffin be moved by the bearer party. Our beautiful Meghan wearing the Queen’s gifted earrings to her from 2018.

The state funeral for Queen Elizabeth II is a bank holiday in the UK and took place at Westminster Abbey in London at 11am. Her coffin was transported through the city on a gun carriage, pulled by naval sailors. Senior royals followed behind the coffin.

A national two minutes of silence is expected. Following the service, the Queen’s coffin will be taken to Wellington Arch to be transferred into a hearse she had a say in before her death for St. George’s Chapel at Windsor Castle for a committal service, which will also be televised. After that, a private service for close family members is expected. The queen will be laid to rest in the King George VI memorial chapel alongside her mother, father, and sister. The coffin of her late husband, Prince Phillip, will be moved from its current location in the Royal Vault to be with hers. 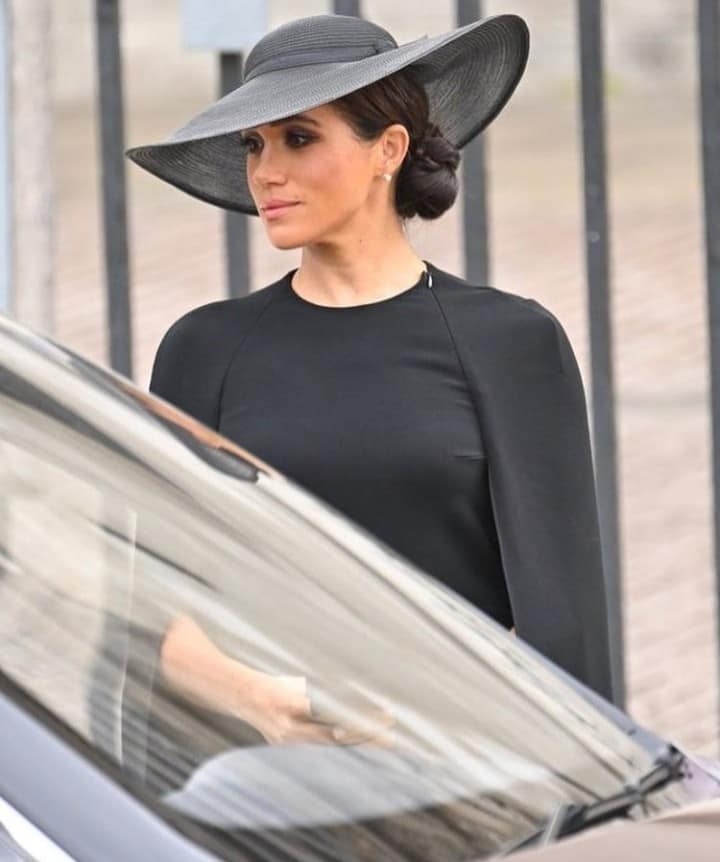 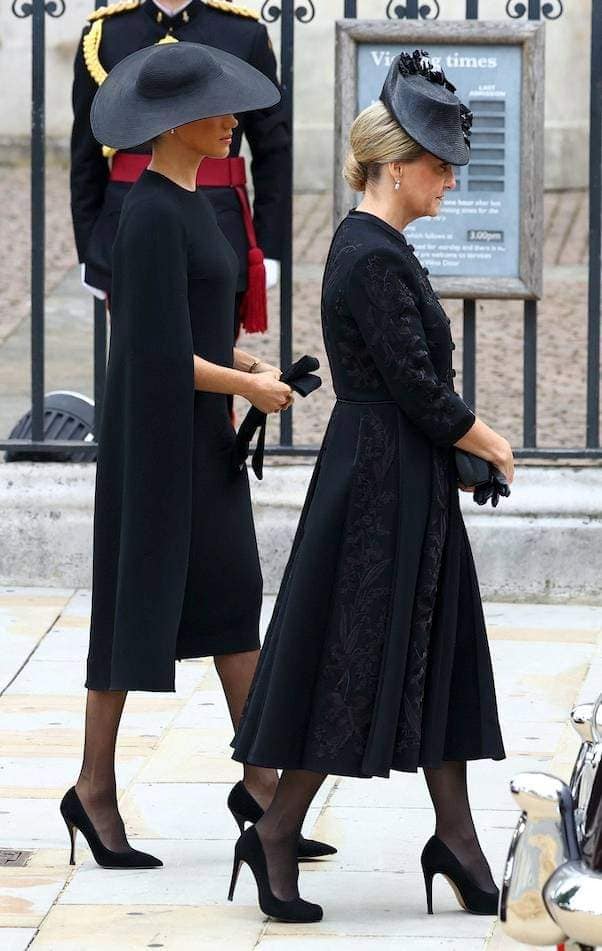